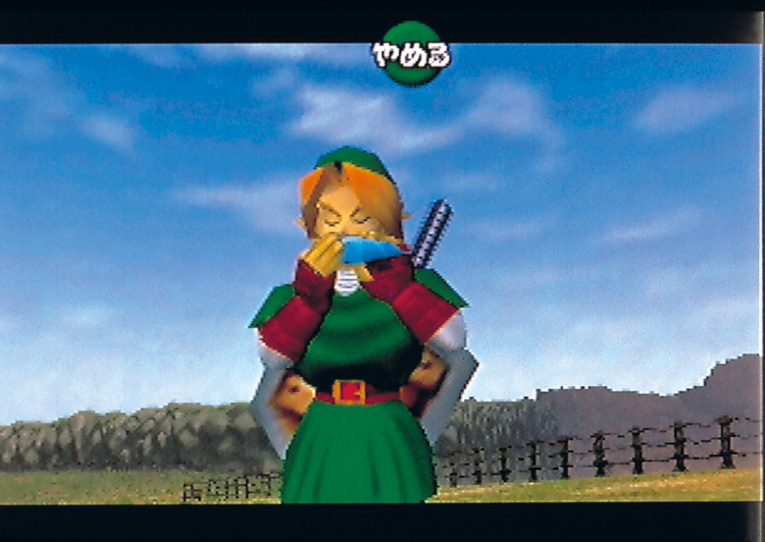 In the history of the popular Legend of Zelda role playing game series, which started back in 1986, this is an epoch-making work in terms of expression. In this work, the artist, who has always pioneered a new frontier in video games, took on the challenge of three-dimensional spatial expression, building on the legacy of Super Mario 64 released in 1996. The new interface attempted in this work made a strong impact not only on video games, but also various forms of modern visual expression.