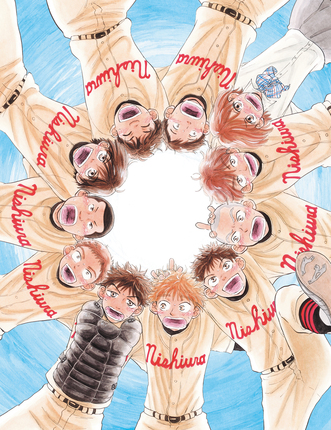 This baseball manga features ten players on the newly formed baseball club team at Kenritsu Nishiura High School, who work together to make it into the high school baseball championships. The manga follows the protagonist, a timid and docile boy named MIHASHI Ren, who grows and matures as he struggles on the field during practices and games as part of the team led by MOMOE Maria, their manager. The manga depicts the emotions of adolescence experienced by this group of high school freshmen with empathy and respect. What makes this baseball manga different from the others is that the latest in sports science is incorporated into the usual stories of victory and defeat.