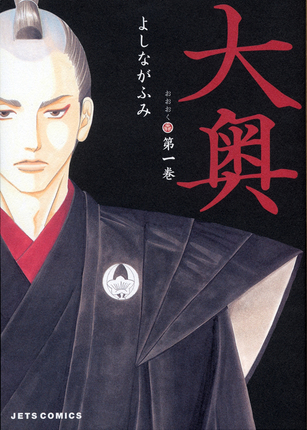 This work depicts an imaginary world that closely resembles Japan during the Edo Period. A disease, which affects only men, kills most of the male population, leading to the establishment of a matriarchal social system. The same system is adopted by the ruling class, and women come to serve as Shoguns of the military government. The setting for this period drama on the reversal of the position of men and women is the inner chamber of the Shogun’s palace. As the narrative progresses, the story of a“world where a man is assessed according to his sexual value” becomes more multilayered and complex.