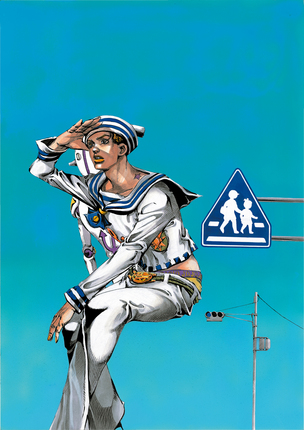 The eighth volume in the “Jojo’s Bizarre Adventure” series begins with the story of the 2011 Great East Japan Earthquake. Set in Moriou-cho in City S, Prefecture M, a young boy is discovered on land that was formed by the seismic upheaval during the earthquake. Suffering from amnesia, he calls himself Johsuke Higashikata and sets out to discover his identity. The story unfolds with great detail, with battles involving Stand, who embodies the idea of supernatural powers expressed in visible ways, and even greater suspense, earning this volume a large fan base.