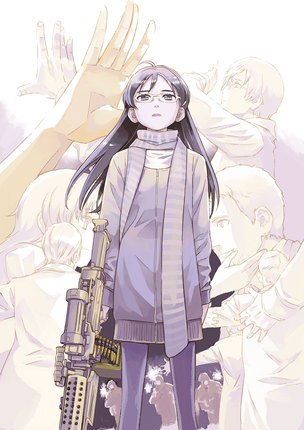 This work is set in Italy when terrorism and a regional independence movement are raging. The Social Welfare Agency, a secret government organ, assembles a group of girls suffering from serious diseases and having lost the will to live, and turns them into cyborgs through surgery to serve as the vanguard in the fight against terrorism. Their memories are erased, and they are brainwashed into loyalty. While posing as sisters of the men in charge of the operation, they devote themselves to the struggle. Against a backdrop of beautiful Italian scenery and the desperate acts of a variety of people, the manga transcends the framework of an ordinary “fighting-girls” story and develops into an epic drama on a vast scale.