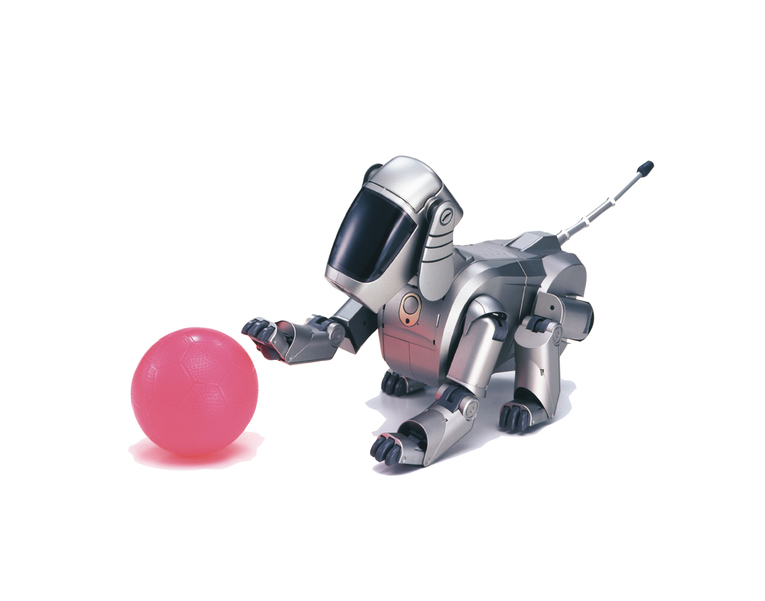 AIBO is an autonomous four-footed robot that can communicate with people in a family. It was released as “Entertainment Robot,” not designed for industrial use but exclusively for home entertainment purposes. In fact, it is the first of its kind. AIBO has the ability to learn from its environment using its pre-installed emotional and instinctual models. The eighteen built-in motors give AIBO’s joints total freedom of movement, and its cute reactions change dependent upon human interaction. This epoch-making work pioneered an unprecedented creative field and entertainment market.