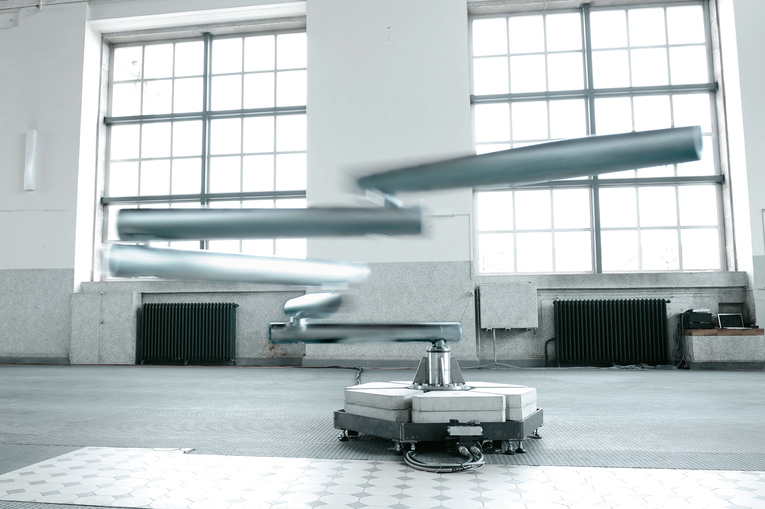 Cycloïd-E is a sound sculpture, which produces spectral tones through state-of-the-art speakers by rotating five huge horizontally-articulated tubes. The rotating part, which looks like a geometrical dance, is as large as 10 meters in diameter. The motor-driven tubes, which swing like pendulums, are metal tubes equipped with audio sources and scales, and the sound resonates in sync with the revolving motion. Each pendulum outlines a precise trajectory, but the sound generated by the pendulums makes unpredictable and mesmerizing patterns.