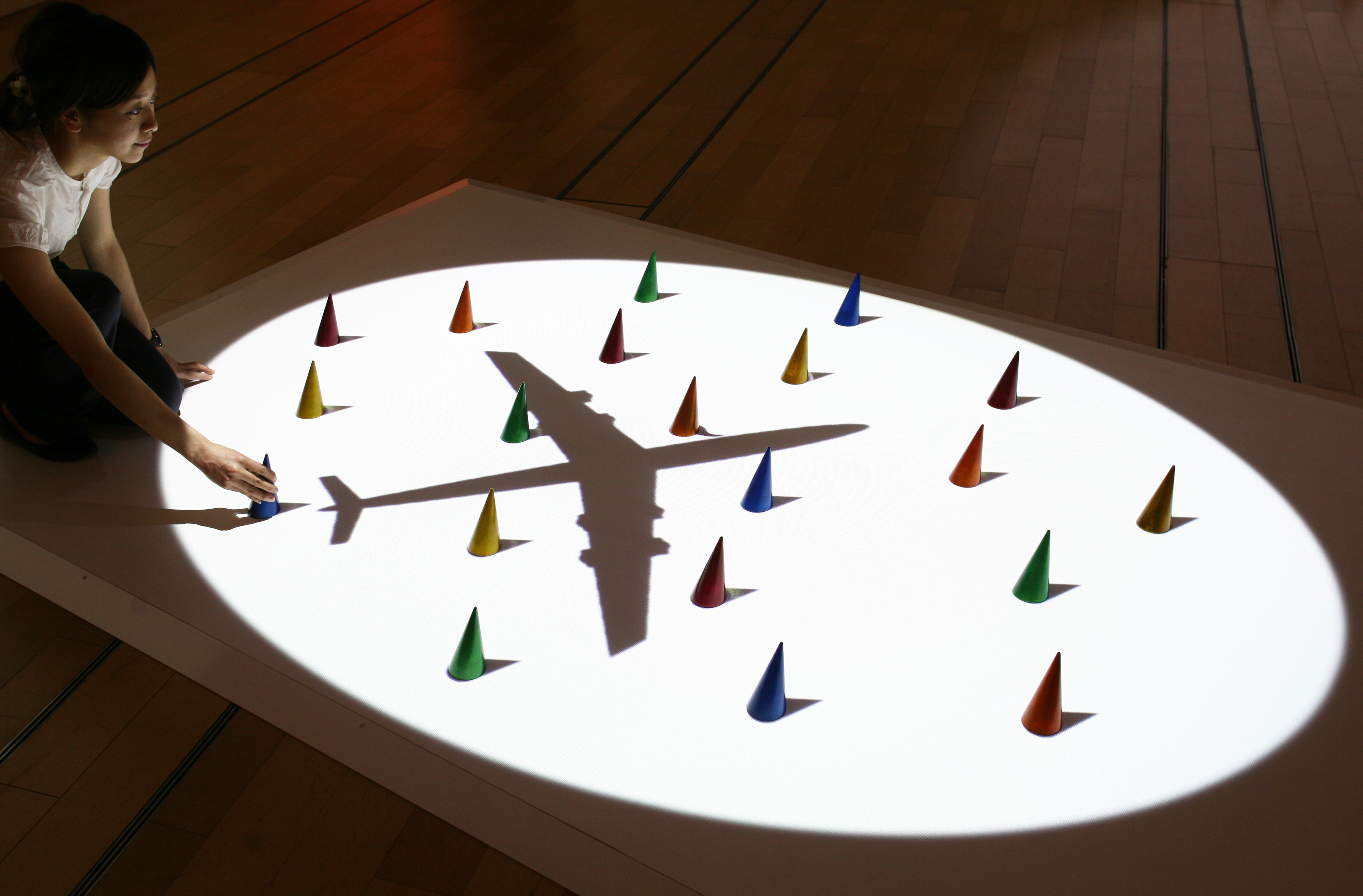 The shadow, which is the origin of images, has always been the signifier that something exists. However, the shadow itself, as with images played on a monitor, has no physical existence.
When one touches the work, the shadow starts moving, changing shapes, and at times is colored. When the viewer sees the shadow created by the work and their own real shadow being projected on the same flat surface, they are able to re-recognize their shadow and their existence.
We have had the wonderful fortune to exhibit the work “KAGE” all around the country and abroad in the 20 years since We made it, in 1997. During that time, technical aspects such as projector resolutions and sensor sensitivity have improved, and more than anything, the speed of computer processing has remarkably increased. We’ve made this work in various formats, adjusting the size according to the exhibition space, tabletop versions, wall mounted versions, floor and wall projected versions and so on.
This time, We are trying it in a large-scale format, which is something We’ve always wanted to try.
Perhaps due to its nature as a media technology involved piece, it is constantly being updated with each exhibition. However, there are, of course, aspects that have not changed since the first time We made it.
We believe that that is what enables media art to be “art”.