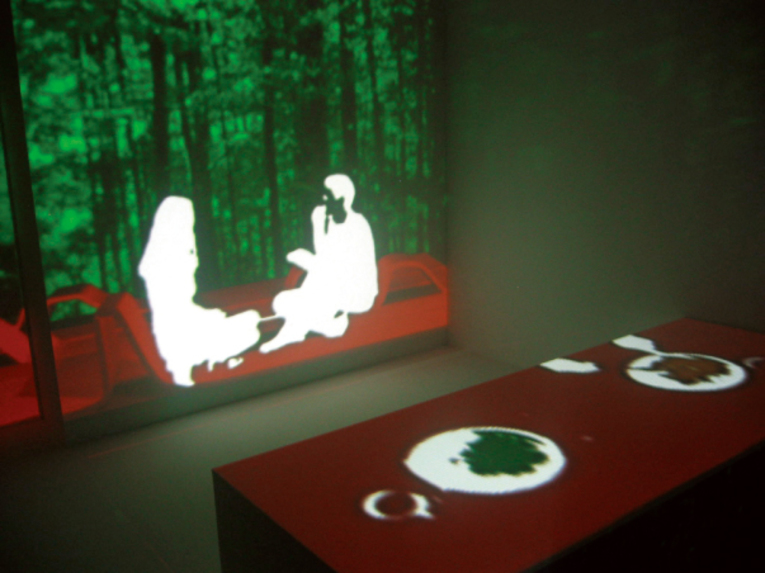 This installation features a video of dramatic scenes between a man and woman projected into a box-like space, like a room painted entirely white, with bumpy walls. The interaction between the two, shown in silhouette form, trigger the imagination of the viewers, who find themselves projected onto and immersed in the narrative. A minutely calculated and profoundly other-worldly space appears suddenly in the real-life world that the viewers occupy, which, combined with the drama unfolding, offers a glimpse of potential visual arts of the future.