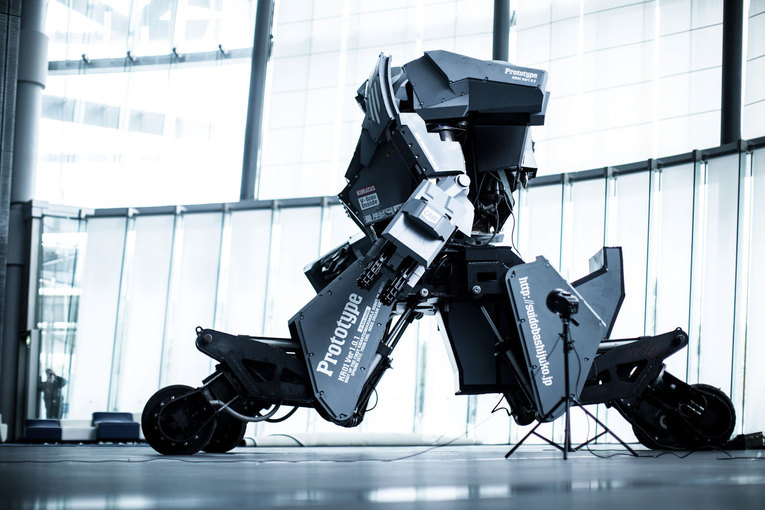 Climb aboard a giant robot and do with it as you please – that’s the simple and universally appealing dream realized with the robot KURATAS, which stands four meters tall and weighs four tons. The user sits in a cockpit and operates controls that move its four limbs and torso — and yes, it can walk. KURATAS is overall a marvelously executed blend of technologies and aesthetics, which includes beautiful details, the use of control software that permits full-body maneuvering via CG manipulation, and an ultra-futuristic cockpit interface design.